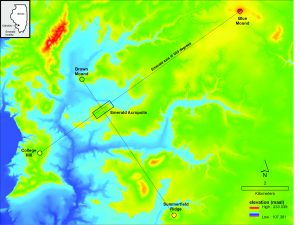 Cross culturally and throughout history, no cities and civilizations arose without religion. So, is religion, as the lived understandings of people’s relationships to spiritual, numinous powers, that which leads to urbanism? Were their spiritual reasons for the earliest “cult centers” and “cosmic capitals”? Psychological and functional explanations are by themselves insufficient to answer such questions, in part because they are rooted in a modern western cultural logic and in part because they lack historical perspective. We need to rethink religion and urbanism simultaneously from non-modern, non-western cultural-historical perspectives. Basically, what do religions do, historically speaking, such that urbanization is inseparable from the doing of it? We think that we can answer that question, and the time has come for a major rethinking of the religious foundations of urbanism, particularly in the Americas and Asia. As revealed by recent discoveries from Stonehenge in England to Catalhoyuk and Gobekli Tepe in Turkey, archaeological insights into religion can dramatically alter our most basic understandings of human history. Similar insights with regards to the origins of urbanism have been hindered by the conceptual baggage of a century of economic models, where religion was little more than an ex post facto legitimation of an economic phenomenon. However, certain unusually large and precocious “cosmic” cities in the Americas and Asia come with less baggage, especially Cahokia. 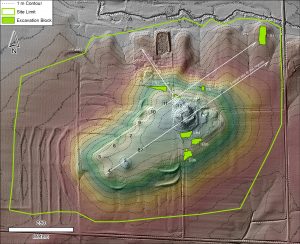 The “Emerald Acropolis Project” is a multi-year, multi-disciplinary examination of the religious foundations of urbanism and the broad relationships of the cosmos to human history. Through a four-pronged project involving fieldwork, computer-aided experimentation, and focused cross-cultural comparisons, we are interrogating the complex causal linkages between place, experience, and human and non-human agencies that, from recent theoretical vantage points, underpin emergent religious orthodoxies and the earliest cities. Based on what is one of the best-documented cases of city formation known to archaeology, we posit that, for all intents and purposes, a singular convergence of people with the powers of the earth, wind, water, and moon at a specific location caused the American Indian city of Cahokia in the central Mississippi valley (ca. AD 1050-1350). The specific site, called the Emerald Acropolis, holds answers to questions of what religions do and how they do it. A sweeping new religious vision seems to have been created at Emerald that afforded unprecedented relations between people and the animate powers of the world as Native Americans at the time understood it. There, people lived cosmic relationships. Although Cahokia was a relatively late bloomer in the global history of civilization, it is widely recognized to be the most extensive ancient American archaeological complex north of Mexico, with the biggest pyramids, the most expansive plazas, the greatest population density, and the finest pots, chipped-stone tools, and carved sculptures, etc. In many ways, Cahokia is similar to other unwieldy, precocious politico-religious and urbanizing developments in the Americas and China (e.g., Puebloan Chaco Canyon and PaquimÃ©, Olmec San Lorenzo and La Venta, Andean Tiwanaku, late Neolithic Liangzhu). Such places are centered on civic-ceremonial cores of monumental constructions that seem to gather unto themselves materials, powers, and peoples from the outside world. Comprised of three adjacent complexes or districts (Cahokia, St. Louis, East St. Louis), the city of Cahokia encompassed elite ritual-residential areas, ordinary farmer neighborhoods, public zones, and restricted or walled areas. Recent public archaeological excavations at Cahokia’s East St. Louis precinct by the Illinois State Archaeological Survey verified three of these four features. They also verified Pauketat’s “big bang” model, which holds that Cahokia was planned and built at a tremendous scale in short order. That which we see today as the Cahokia State Historic Site is the core of one precinct constructed at the beginning of the Lohmann phase (1050-1100 CE) by thousands of farmers/laborers. The landscape and social fabric beyond the city limits was also radically transformed through labor projects, ceremonial events, and central rituals that included periodic human sacrifices of a few to dozens of people, primarily women. 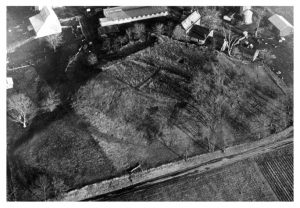 At the simplest level, if the Emerald site and avenue pre-date Cahokia’s mid 11th-century expansion, as now seems plausible, then the convergence of people, powers, and the moon at a great ritual shrine complex connected to Cahokia via a formal avenue may have been that which pulled immigrants into the region and led to Cahokia’s great AD 1050 transformation. If it was significantly expanded and maintained at 1050 by Cahokians, also plausible, then knowing the ritual associations at the moment of expansion and knowing the identity of the builders (Cahokian or non-Cahokian) is equally critical, helping to identify how the spiritual powers of this place were entangled with an increasingly orthodox Cahokian religion. In short, the precise ways in which the cosmos, earth, waters, fire, ancestral spirits, and other animate powers, as common to Native Americans, were affecting the proto-urbanizing development in the region is being recovered by our careful study of micro-stratified deposits in association with building floors, wall and roof posts, and basin fills. 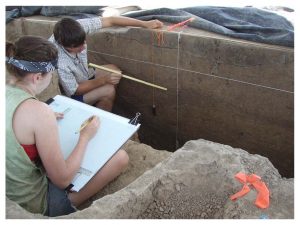